What is Drag Racing?
Drag Racing is a contest between two vehicles to determine which can go the fastest from a standing start to full open throttle over an agreed upon distance, which is usually an 1/8 mile, ¼ mile or 1000 feet.

While most drag racing now takes place on a professional race track, there are both televised staged street contests and illegal street races which still take place. Professional organizations like the National Hot Rod Association (NHRA) the largest sanctioning body in professional drag racing, were started to counteract illegal street racing, which can be very dangerous due to the speed and power of the vehicles and the magnitude of damage that occurs when something goes wrong and these vehicles malfunction or crash.

Drag Racing really got its start as a contest in the 1950s with the rise in popularity of hot rods – vehicles with classic bodies (1932 Fords, etc) which were modified with modern engines and tuning to create more power and run faster. Hot rodders would race each other on long empty strips of road. Now, drag racing is a professional sport, with classes covering everything from junior dragsters, to motorcycles, to vintage vehicles, to nitro-powered vehicles.

Organizations like the NHRA, the PDRA (Professional Drag Racers Association), and the IHRA (International Hot Rod Association) serve as sanctioning bodies that create the rules for classes of racing, and govern the types of racing and series that amateur and professional racers participate in to ensure safety measures and standards of conduct.

Drag Racing appeals to both drivers who want to challenge the powertrain in a daily driver, and those who want to build and race custom vehicles that only thrive by the light of the strip.

Drag Racing encompasses many types of amateur and professional specialty racing vehicles including door cars, funny cars, motorcycles, dragsters , and pro modifieds. But there are also whole series’ of street and stock-performance vehicles including Pro Street, Pro Stock, Sportsman and bracket, stock and super stock. There's a class, and a vehicle, for everyone, and all of those vehicles can be found in the RacingJunk.com drag racing classifieds.
Featured Ads (View All)
Get Listed Here - Only $30

THE AUTO DETAIL GUY and J

66 nova
I said no trades but maybe trade for Top Sportsman or will take your lesser price on trade I will consider it. Just be reasonable with your offer. 66... 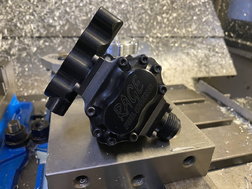 Designated trademarks and brands are the property of their respective owners. Use of this Web site constitutes acceptance of the RacingJunk.com